Germany is all set to cheer for India. Volkswagen India has launched a 360-degree campaign to push in some goodwill for the team India for the upcoming mega cricket tournament. The campaign is called #GermanyCheersForIndia and stands by the home country for this Cricketing season. To celebrate the moment, Volkswagen India has introduced special CUP edition models. These are not new models but just some features are refreshed. So, Volkswagen Polo hatchback, Ameo Compact Sedan, Vento Sedan, these models are refreshed for this campaign. They go by the name – Special CUP edition.

On the celebration of the cricketing season, the folks at Volkswagen Passenger Cars have expressed that In India, cricket is not merely a sport, but a religion. It is the equivalent of Soccer in Germany. World over, for Volkswagen, the sport has played an integral part of our business. It not only brings in unity across the country but also displays passion, inspiration and excitement. Upholding the spirit in mind, they have launched the special Cup edition that showcases true sportsman spirit through its performance, power and precision across our product portfolio. They aim to reinstate the cheer and fun-to-drive experience among customers this sports season. 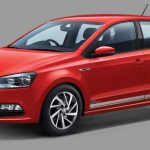 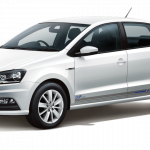 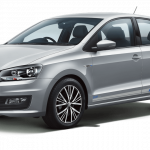 These special CUP edition models will be available across all Volkswagen dealerships in India at revised prices. To reflect the fever of cricket, these models will get new leatherette seat covers and chrome badge. Adding to its look and feel will be alloy wheels and body graphics.

In other news, Volkswagen India has been performing well when it comes to the residual value of their products. As per a recent report, the brand has improved its residual value by 3 to 7 per cent. This result is reflected across its product range leading to this recognition – Most Improved Residual Value Brand 2019.

The independent analysis conducted by IBB collected data from over 8500+ touch points from both wholesale and retail channels from the last year. Post data collection, the average prices were compared for each model vis-à-vis last year, assuming it was being realized either in the first, second, or third year up to the fifth year.

In 2017, the Volkswagen Polo hatchback was awarded for the Best Residual Value award in the premium hatchback segment.