The Government of India has mandated that all two-wheelers with an engine capacity of more than 125cc will have to be equipped with ABS as a standard safety feature beginning April 2019. Following the new mandate, Bajaj Auto is working on an update for the Avenger 220 cruiser, which has now been spied with ABS ahead of its launch.

Apart from the addition of ABS, there seem to be no other changes to the Bajaj Avenger 220. The safety feature will be available in both the variants, including the Cruise and Street. Powering the model will be the same 220cc, oil-cooled, single cylinder engine that is capable of producing 19 PS of power and 17.5 Nm of torque. This engine is paired with a five-speed transmission. Expect a slight hike in prices when the Bajaj Avenger 220 ABS is launched in the market. 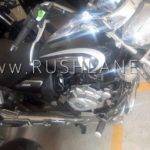 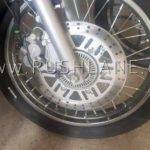 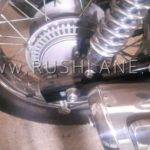