A BMW enthusiast from Chandigarh recently took delivery of the ride of his dreams, the S1000RR Pro. What makes this delivery special from a number of other deliveries across the country is the paint job selected for this very bike. The owner, Akash Bharadwaj, had his brand new BMW motorcycle painted in the same colour as his BMW car.

The BMW 5-Series M-Sport finished in a shade of Imperial Blue, now compliments his swanky new motorcycle, which has also been painted in the same colour. The motorcycle was recently delivered to Akash, via the dealer, BMW Motorrad Krishna, who shared the images on their social media channels. The BMW S1000RR Pro sources fire-power from the same 999cc, four-cylinder, fuel injected engine as seen on the standard variant. This motor is capable of producing 198 hp at 13,500 rpm and 113 Nm of torque at 10,500 rpm. This engine is mated to a six-speed transmission. 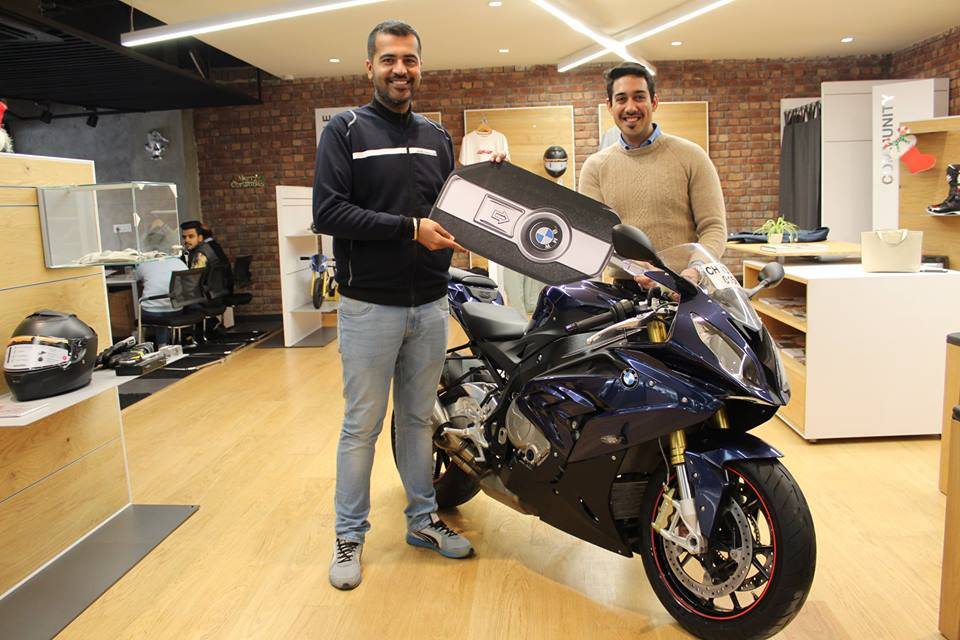 Features that differentiate the BMW S1000RR Pro from the standard variant include two additional packages in the former, including Dynamic and Race. The Dynamic pack features Gear Shift Assist Prom Dynamic Damping Control (DDC), white LED turn indicators and heated grips. On the other hand, the Race pack has a Pro riding mode, cruise control and an advanced version of ABS that is called ABS Pro. 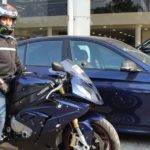 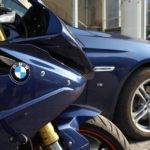 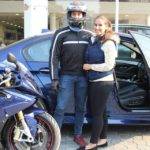 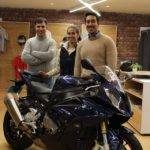 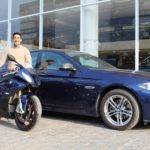 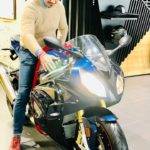 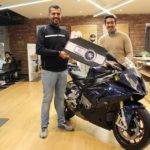