German luxury automobile manufacturer BMW recently announced that they would launch the X7 SUV in India in 2019. Now, barely a few days after the announcement, the upcoming full-size SUV from the Bavarian brand has been spied in Chennai.

The X7 SUV from BMW is available with a range of engine options although BMW is likely to launch the model in India in the M50d range. This model is powered by a 3.0-litre, six-cylinder diesel engine that is capable of producing a maximum power output of 400 hp while the peak torque is rated at 760 Nm. This engine is paired with an eight-speed automatic transmission that sends power to all four wheels via an All-Wheel Drive system.

Also Read: 2019 BMW X5 Spotted In India Ahead Of Launch Next Year 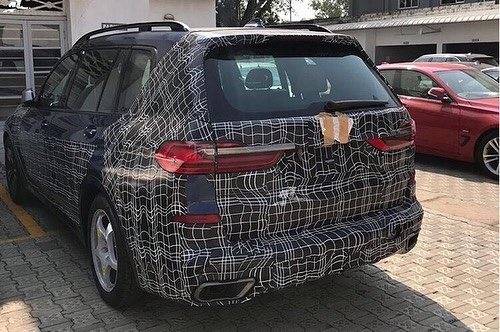