Here are the first ever images of the all-new offering from Kia Motors. The automaker has shown us what its upcoming SUV will look like through a couple of design sketches. The folks at Kia have refrained to called it a Compact SUV, instead, they call it the new small SUV. It is inspired by the 2019 Kia SP Signature concept. The company promises that the new small SUV features the space and capabilities of a traditional SUV in a compact package.

The folks at Kia Motors expressed that their new small SUV is a proposition that no other car in its class will match. He further added that they have created a car which stands out everywhere, from the city to the countryside. Its robust yet sporty design will be matched by a wide range of features and technologies that are universally suited to younger buyers in markets around the world. With the addition of a new global small SUV to its line-up, Kia Motors is extending its presence and also its SUV portfolio in order to cater customers of various segments and regions. Inspired by the 2019 Kia SP Signature Concept, the new small SUV is expected to impress the new generation. It brings a new character in terms of exterior and interior, design and features.

It combines the feel of a traditional SUV with sophisticated exterior design details. It gets a long hood, a strong, sophisticated character line on the front bumper, and sharp lines pressed into the bodywork. The shoulder line is matched with a glasshouse which drops towards the rear of the car. The rear bumper gets a metallic muffler effect and adds to the sporty character to the compact SUV an air of understated sportiness. 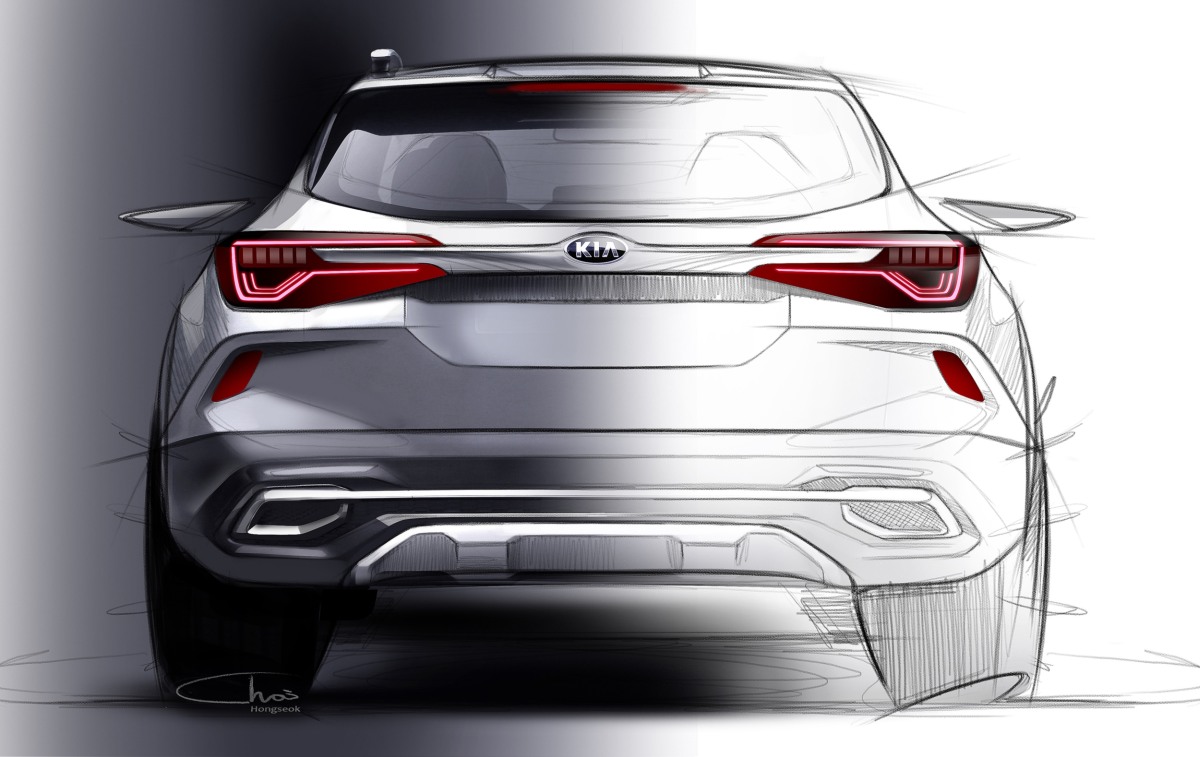 The luxury quotient of the compact SUV has been given special priority. Adding luxury to its exterior design are LED headlamps which extend over the radiator grille. The headlamps get a 3D light graphics and a highly technical diamond pattern at their trailing edges. The same design can be seen on the rear LED lamps.

On the first look, the new compact SUV looks really good but these are only sketches. We shall get to see the SUV in its full glory only in June. Till then stay tuned. Let us know what you feel about this new Kia SUV.

Kia’s first global small SUV, the new model will go on sale in Korea in the second half of 2019, with sales in other regions to follow soon after.