It’s raining spy images for the past few days. We recently told you about the Isuzu D-Max V-Cross AT that was spied testing. Now, another upcoming motorcycle has been spotted during a public road test, hinting that the launch might not be far away. A single spy image reveals the KTM RC125 that was spied sans camouflage.

The fully faired version of the recently launched KTM Duke125, the test-mule seen in the image carries the similar looking RC series design as seen on the RC200 and RC390 siblings. The model features a similar twin headlamp setup, short windscreen and the sleek fuel tank. The only feature that differentiates the international spec model from the India-spec model is that the latter receives an underbody exhaust as compared to the side-slung exhaust seen on the former. 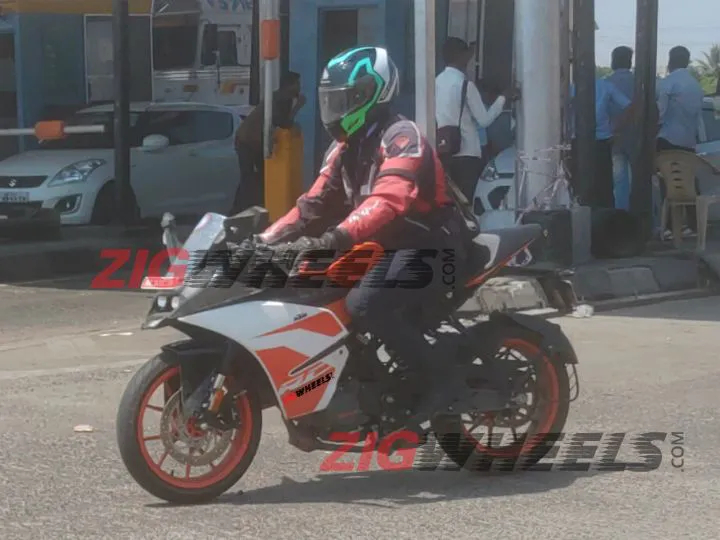 Engine specifications are unlikely to be changed and hence one can expect the KTM RC 125 to source power from the same 124.7cc, single cylinder, the liquid cooled engine that produces 14.3hp at 9,250 rpm and 12 Nm of torque at 8,000 rpm. This engine will be paired to a six-speed transmission. A few feature highlights of the model will include USD forks at the front and a monoshock unit at the rear, disc brakes at both ends and single-channel ABS.