Ahead of its launch that is scheduled to take place later this month, the upcoming Nissan Kicks has begun arriving at local dealerships across the country. Images shared by one of the dealers on a social media platform reveal the Kicks in four colour options.

Up-front, the Kicks feature projector headlamps separated by a V-motion chrome grille. The side profile of the crossover receives body moulding, roof rails and 17-inch alloy wheels. The Kicks also comes equipped with skid plates at the front and rear. A few other highlights of the exterior include a floating roof design with a contrast coloured roof. 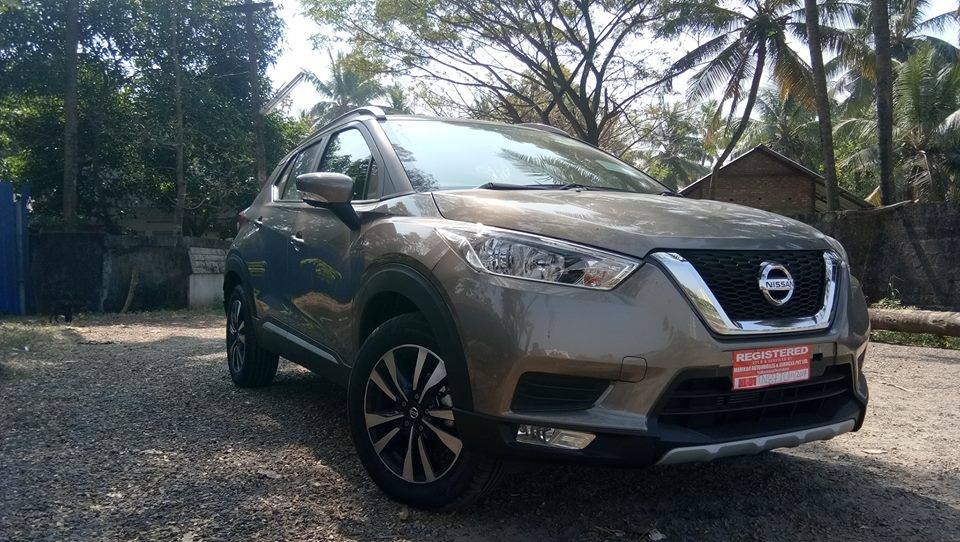 Inside, the upcoming Nissan Kicks will come equipped with features such as an 8-inch floating touchscreen infotainment system with Apple CarPlay and Android Auto and voice recognition, a segment-first 360-degree camera, Nissan Connect, automatic climate control and rain sensing wipers. Dimension wise, the new Nissan Kicks measures 4,384 mm in length, 1,813 mm in width and 1,656 mm in height while the wheelbase is rated at 2,673 mm. The fuel tank capacity of the Kicks stands at 50 litres.