Renault has finally brought their highly anticipated product out of the covers. Dubbed as the Renault Triber, the all-new car will be ready to take on the competition with its unique features. The company says that the Triber has been designed and developed with the Indian consumer in mind. It is built on an all-new platform that is one of a kind for the country. The Triber defines a new segment for the market with the space it offers. Along with a ton of space inside the Triber also sets itself apart with its first-of-its-kind modularity.

The modularity of the Triber can be defined as one of a kind as its brings a 7 seater configuration in a body that measures just 3.99 meters in length. As for dimensions, the Triber is 3990mm long, 1739mm wide, and 1643mm tall. The wheelbase of the Triber is 2636mm and it weighs 947kgs. 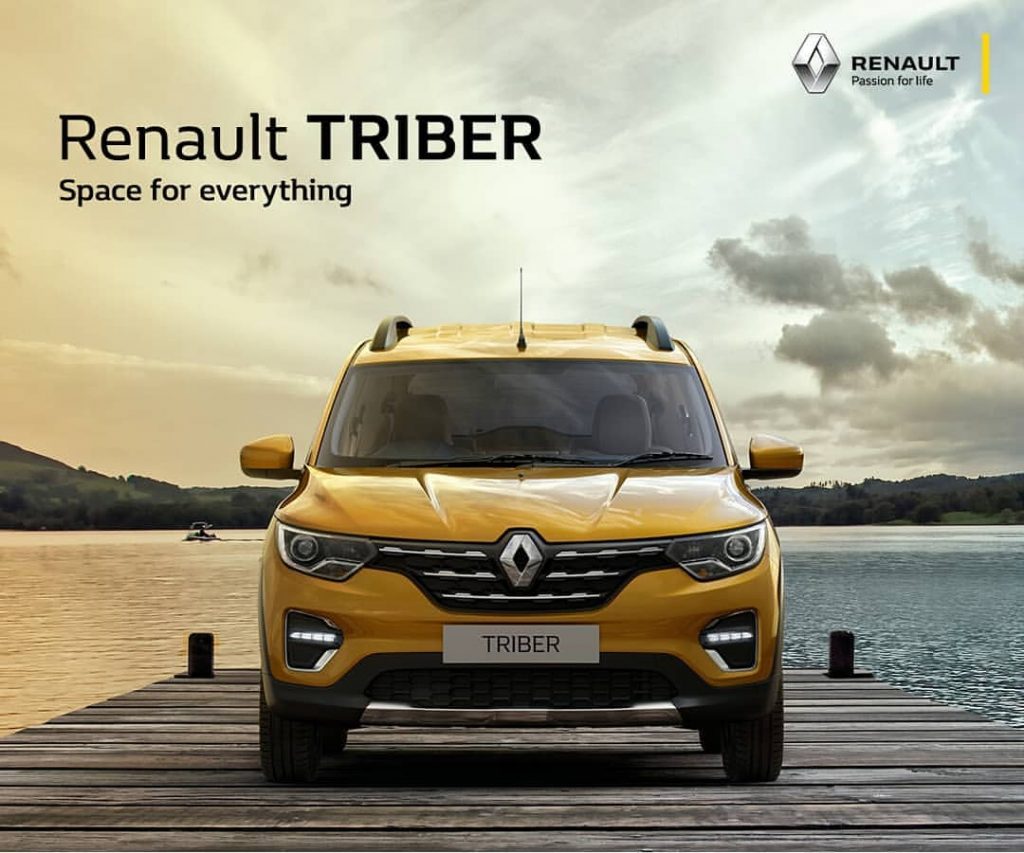 Speaking of modularity and third-row seats, the last row will get easy seats that can be plucked and plonked with ease. With the seats out, the Triber offers a class-leading boot space of 625 litres. Three rows for seven individuals is quite the offering for a market looking for big cars to accommodate their big families and buddies. Renault says that the car is spacious and is comfortable for all seven. But looking at the overall size the third-row seats will be comfortable for kids and not full-size adults.

About the performance numbers, the Triber is powered by a 999cc, three pot engine, the same unit that powers the Kwid. This engine is coupled with a 5-speed manual transmission system and the East-R AMT will be up on offer as well. It produces 72 PS pf peak power at 6250rpm and 96 Nm of Peak torque at 3500 rpm.

Features of the Renault Triber

As for similar offerings, a seven-seater configuration is offered with the Datsun Go Plus, and also a few premium compact SUVs but none in the price segment that the Triber will be launched in. The Triber is expected to be priced at a modest Rs. 5.00 Lakh and upwards. It will be up for sale in a couple of months.