Tata Motors launched the Nexon compact SUV in India in September 2017, with prices starting at INR 5.85 lakh (ex-showroom, Delhi). Now, the Nexon has gone on to become the first made in India and sold in India model to get a five-star rating in the Global NCAP crash test.

It is to be noted that the Tata Nexon was tested by Global NCAP last year too, where the model scored a four-star rating. Since then, the Nexon has been updated with a few features which helped the model to score a full 5-star rating in the recent test. 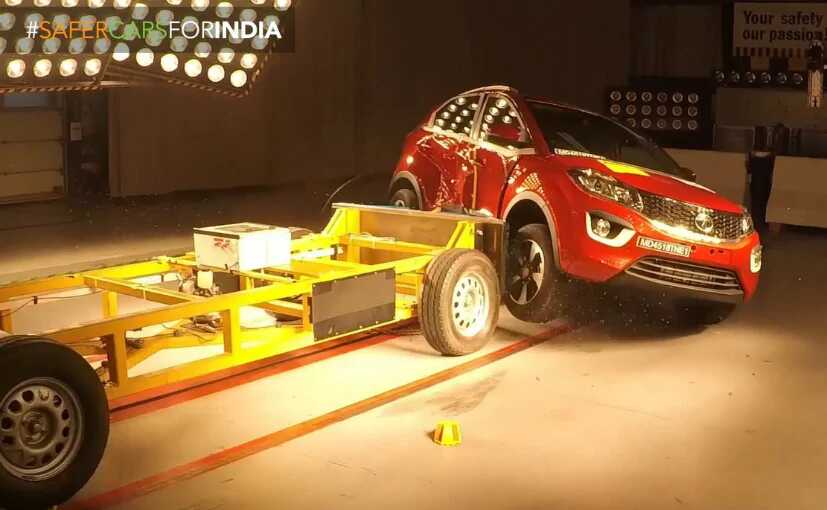 Under the Global NCAP crash test, the Nexon scored 16.06 points out of 17 points for adult occupant protection, resulting in a five-star rating. The compact SUV from Tata Motors scored a three-star rating for the child occupant rating. The Nexon was also tested for a side impact test and successfully passed the test.

Safety features such as dual airbags, ABS and seatbelt reminder for the driver and front passenger are available as standard across the variant line-up while ISOFIX child seat anchorages are available in the top-end XZ+ and XZA+ variants. The crash test results will be applicable to all Nexon units produced from December 7, 2018, onwards.

Speaking on the occasion, David Ward, Secretary General at Global NCAP, said, “This is a huge landmark for car safety in India. Congratulations to Tata Motors for achieving India’s first five-star rating for adult occupant protection. The Nexon was engineered in India and this shows the huge capability of the domestic industry to achieve excellence in safety design and performance. With the Nexon, Tata has shown the global car industry that to achieve five stars you can ‘Make in India’.”